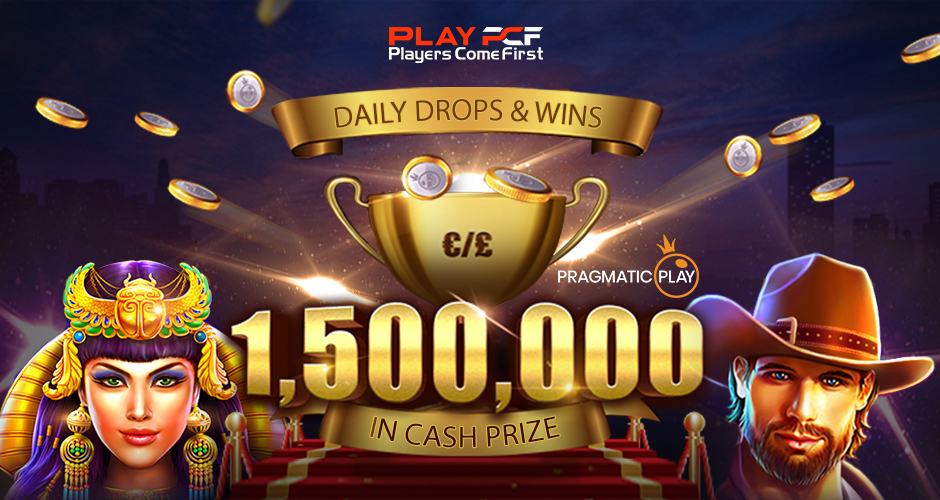 With over €60K in prizes awarded each week, will you claim the top prize?

The "Daily Drops & Wins" Weekly Tournaments and Daily Prize Drops are active in this game and run between 16th of January and 1st of July 2020 weekly from Thursday to Wednesday.

There are 6 Tournament Periods broken into 4 weeks, as follows:

Qualifying Games will be announced as each Tournament Period begins.

How to win (Tournaments):

Simply open any of the Qualifying Games below, opt-in, and make any spin with a minimum bet of €0.50 or more!

How to win (Prize Drop):

General Terms and Conditions – both for Tournaments and Prize Drops: